Back when I worked as a trainer, I was having trouble connecting with new members of my bootcamp. Quite often they would begin with attending every session but then over the first month they would gradually start missing more and more sessions until finally they would disappear all together.

Despite good intentions, I would completely forget to reach out to them. By the time I followed up with an email the next month, it was too late. I wouldn’t even hear back from them.

After losing 10+ hard won clients this way, I decided I needed to do something about it.

I knew I needed to contact them sooner. When they first started missing sessions not once they had disappeared completely. And I knew that something active like a phone call or text message would work better than something more passive like the emails I’d been sending.

The problem was that I would never take the time to do these important tasks.

Then I remembered about the art of Batching. Batching is where you take a bunch of little business admin tasks that usally fall through the cracks and set aside 30-60 minutes to get them all done.

I started setting aside 30 minutes every second day (Mon, Wed & Fri) for calling clients who had missed a session and texting a few other clients encouraging messages.

And it totally worked!

People couldn’t believe that I was actually calling them on the phone. They were touched to know that their trainer was concerned for them. They started communicating with me better and letting me know beforehand if they were going to miss a session. And people stopped falling through the cracks and disappearing.

Years later I was struggling with our online community for Bootcamp Ideas. So I did the same thing again.

Each week I put aside some 25 minute blocks to show up, answer questions and prompt conversations in the community. At the time we were on Facebook, so setting a timer for 25 minutes meant I could get in and connect without getting sucked down the social media rabbit hole.

Again it worked. The community responded to my input and grew to be the largest online community for group fitness trainers. 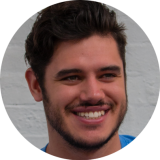 This is Kyle's blog. Kyle is mostly known online for running Bootcamp Ideas, a resource hub and community for group fitness trainers. He's also a dad of one, a husband, a video game enthusiast, a board game connoisseur, a hiker, a writer and a deep conversation haver.